This article by Stephen Gilburt was published by the Enfield Society in newsletter 201, Spring 2016.

Bulls Cross, which runs north from Maiden’s Bridge, is built over part of the Roman Ermine Street, which linked London with York. The name may come from the medieval wayside Bedall’s Cross which is recorded in 1483. By the late 16th century there were several groups of cottages in what was then known as Bulls Cross Lane. Bulls Cross passes over the original course of the New River, which was constructed between 1609 and 1613. For more information on Myddelton House, built in 1818, and Capel House, now Capel Manor, built around 1750, see Newsletters no. 183 and 185 respectively.

Bulls Cross may be reached by buses 217 and 317 along the A10 Great Cambridge Road and then 10 minutes on foot west along Turkey Street or Bullsmoor Lane. 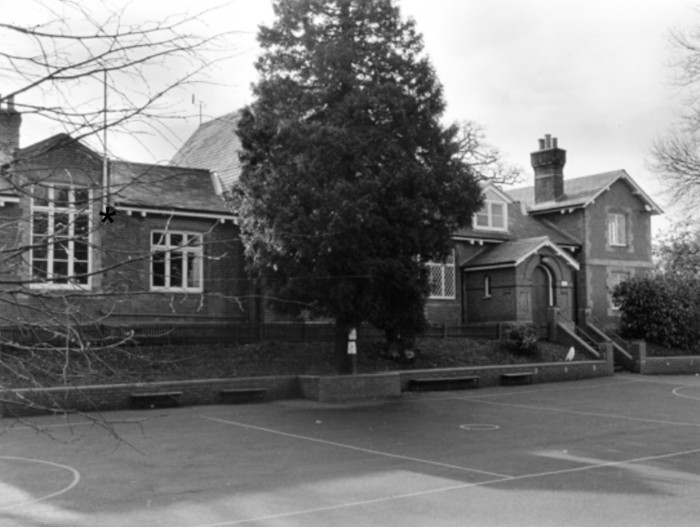 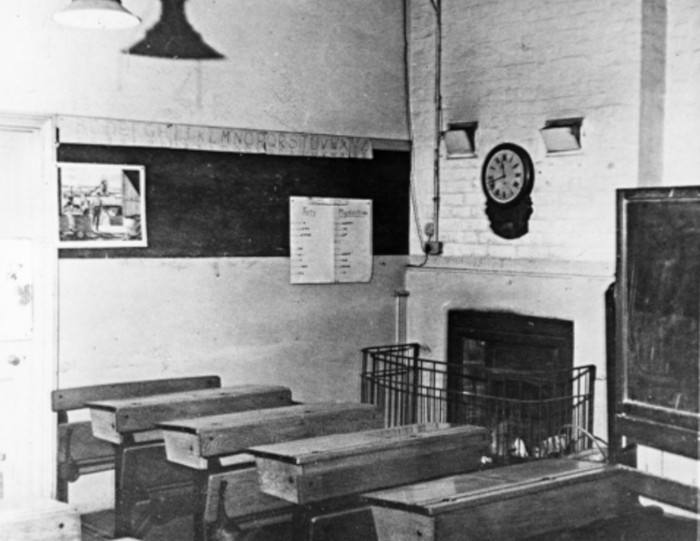 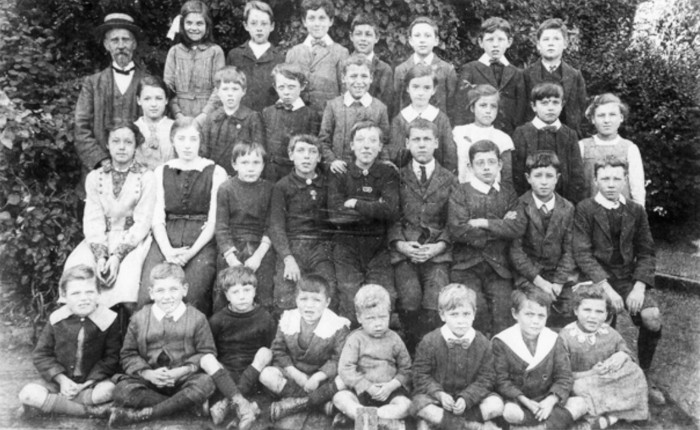 Photo courtesy of Enfield Local Studies & Archive
Illustration 1, 2, 3: Forty Hill National School, built in 1851 next to Jesus Church, was supported by Anglicans. It is the oldest primary school still in use in Enfield. The original single storey school with latticed windows has a two storey teacher’s house attached to the right. The school was later extended to the left. The early 20th century view of a classroom has desks, blackboard and a clock. The photograph of staff and pupils dates from around 1917. 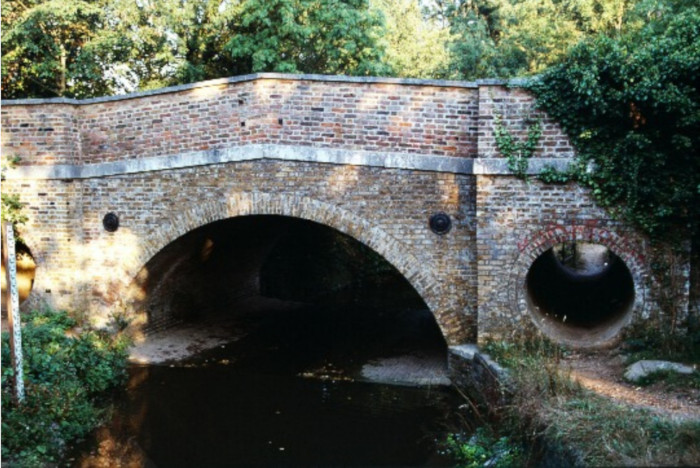 Illustration 4: There has been a bridge over Turkey Brook since at least medieval times when there was also a watermill. The present 1761 Maiden’s Bridge was partly rebuilt in 1968 following an accident involving a lorry. 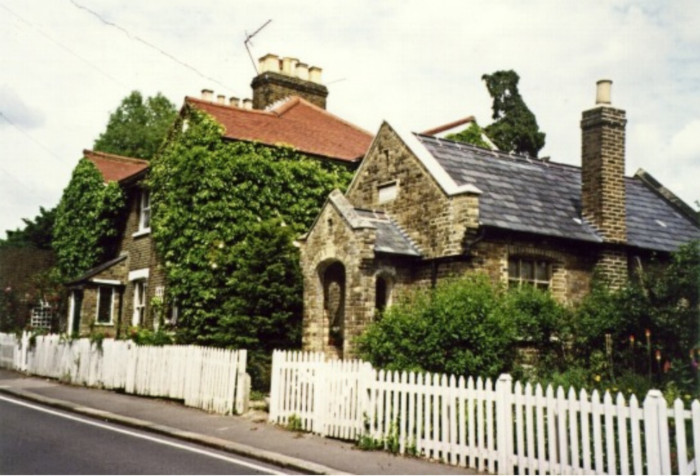 Enfield Society Collection
Illustration 5: Maiden’s Bridge cottages date from the 19th century. A one-storey single-classroom infants school was built by James Meyer of Forty Hall in 1848 and remained in use as a school until his death in 1894. It has since served as a scout hut and has now been converted to residential use. 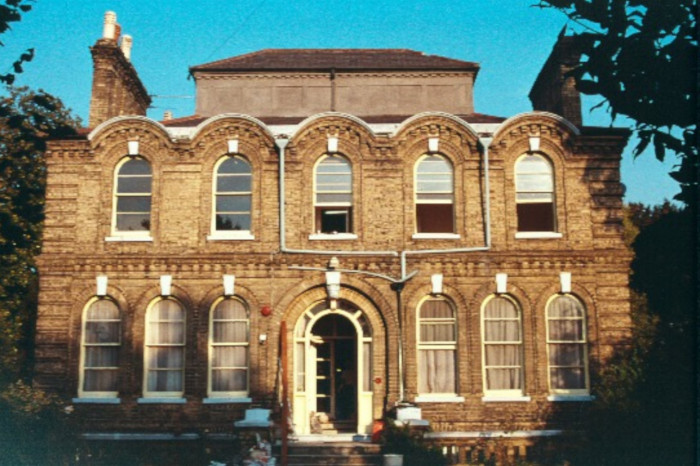 Illustration 6: Garnault was built about 1860 in an Italianate style. It was the birthplace of the cricketer B.J.T. Bosanquet, who invented the googly in 1903.

Illustration 7: The 18th century two storey Gate House in Turkey Street was formerly known as Winterton. It is flanked by the early 19th century West Lodge and East Lodge. 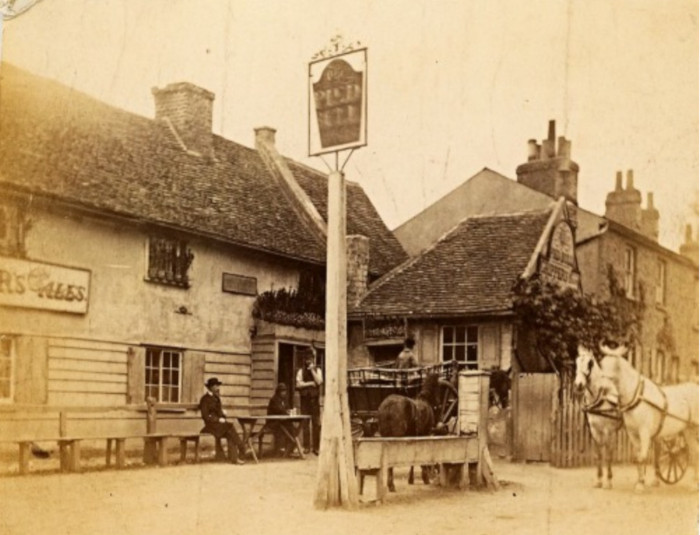 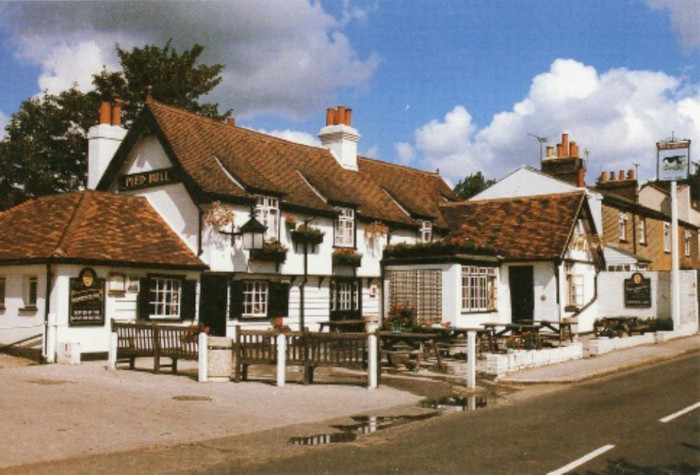 © Enfield Society Collection
Illustrations 8, 9: The 17th century Pied Bull (previously known as Pyd Bull, The Bull and The Black Bull) is first recorded as an inn in 1716. In the 17th century the left section served as kennels for hunting dogs when deer were hunted on Enfield Chase and ale was served to the hunters. By the 19th century it was a coaching inn with stables, coach houses and a yard. The kennels were converted into a sitting room with residential accommodation on the first floor, which is now cantilevered out from the ground floor. The first floor windows were extended upwards as can be seen by comparing the late 19th century and modern photographs. The projecting section to the right contained a bar-parlour. 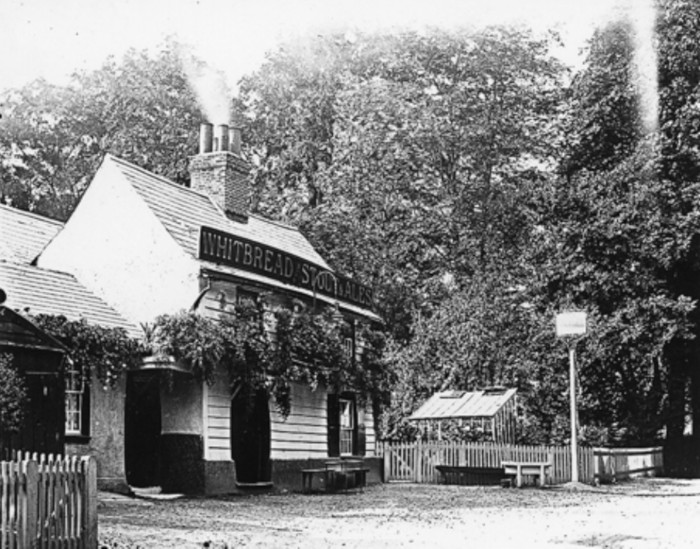 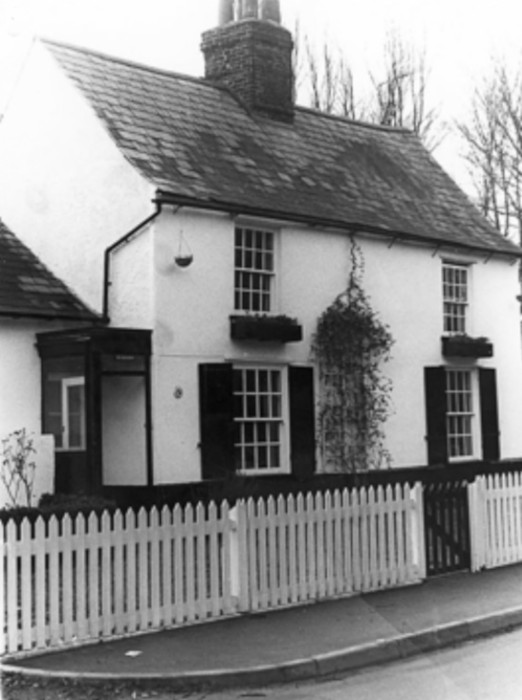 Photo courtesy of Enfield Local Studies & Archive
Illustrations 10, 11: The two-storey early 18th century weather-boarded Spotted Cow had a red tiled roof. It is recorded as trading as an inn between 1838 and 1923 and latterly also served as a post office. An 1871 inventory recorded that “The parlour was furnished with six Windsor chairs, a mahogany flap table, a bagatelle table, cue, eight balls and a scoring card. There [were] also two spittoons for customers’ use, a candle branch for illumination, an iron fender, a pair of curtains and a Holland blind. The tap room was probably the most used room … The bar room had a four motioned beer engine in one corner plus funnels, two gallon tanks and two half gallon tanks, four pint cans and eleven ale glasses. There [were] six spouted quart mugs, four earthen quart mugs and half a dozen pint sizes of each.” The cellar contained “54 gallons of mild ale and 36 gallons of best ale, one pound of tobacco and a few cigars.” After the inn closed it was converted into a private house called “The Orchards”.
Bookmark the permalink.