This article by Stephen Gilburt was published in the Enfield Society newsletter 200, Winter 2015. 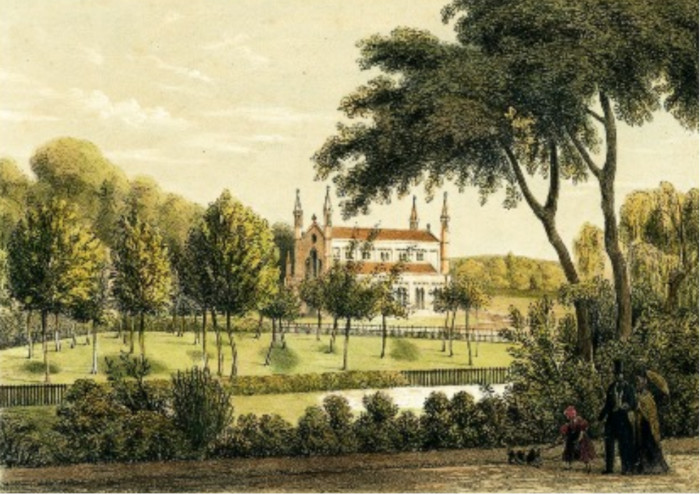 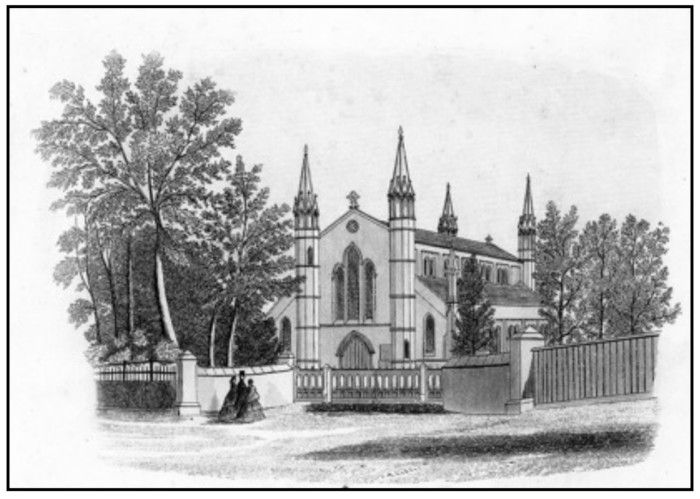 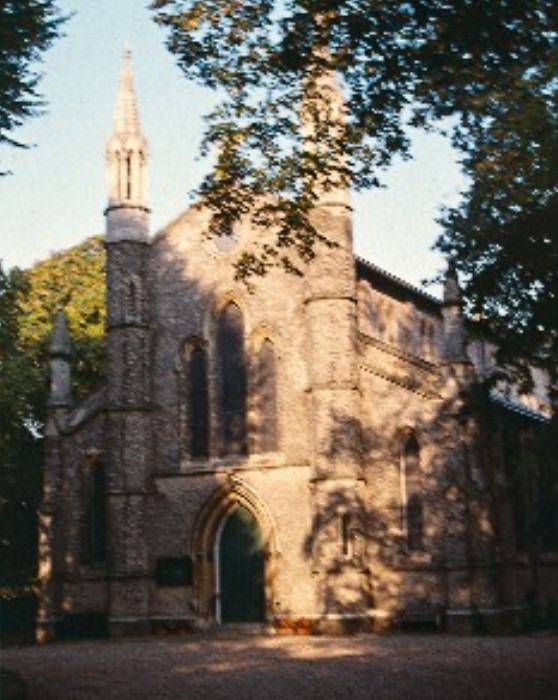 Illustrations 1, 2, 3: Jesus Chapel was constructed by Thomas Ashwell after the design of Holy Trinity, Tottenham, at the expense of Christian Paul Meyer, owner of Forty Hall. It was consecrated as a chapel of ease in the parish of St Andrew in 1835. It became Jesus Church with its own parish in 1845. It is built of grey brick with lancet windows in the aisles and clerestory. The choir vestry was added in 1889. 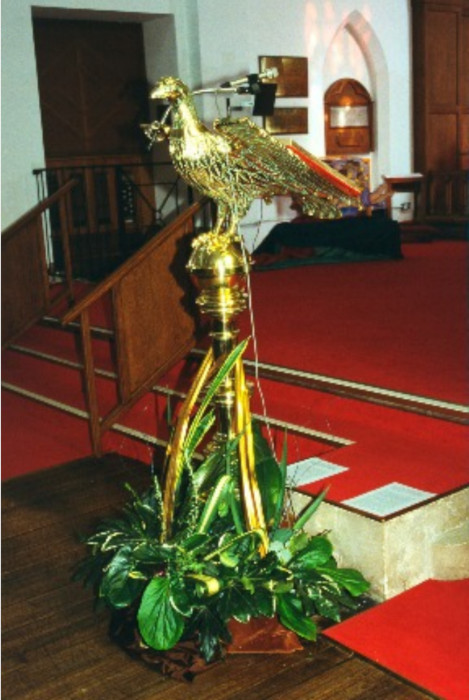 Illustration 4: The brass eagle lectern was dedicated in 1869. 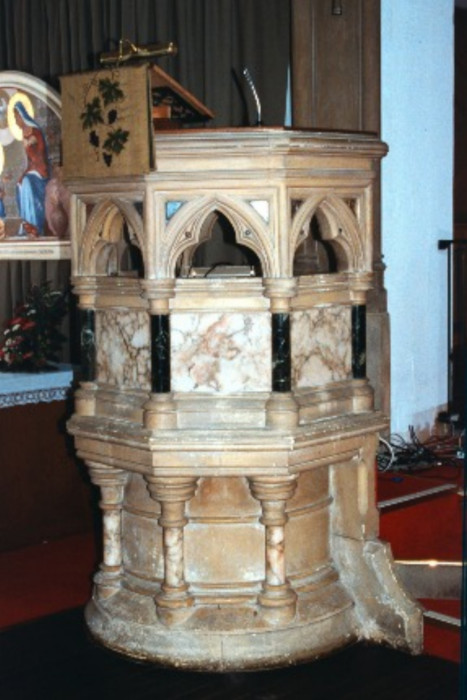 Illustration 5: The pulpit was erected in 1872. 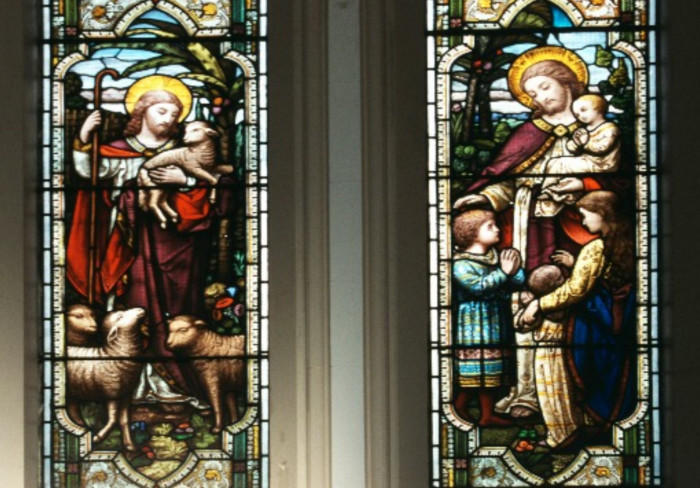 Illustration 6: Stained glass windows in the side aisles, by Ward and Hughes, illustrating scenes from the life of Jesus, were installed between 1869 and 1881. Other windows representing the apostles date from between 1898 and 1915. 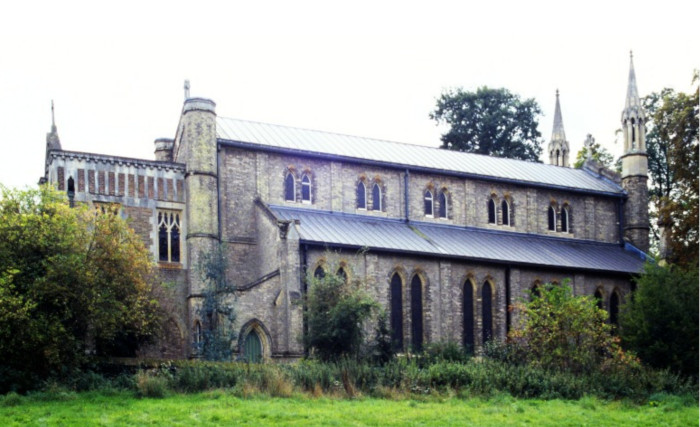 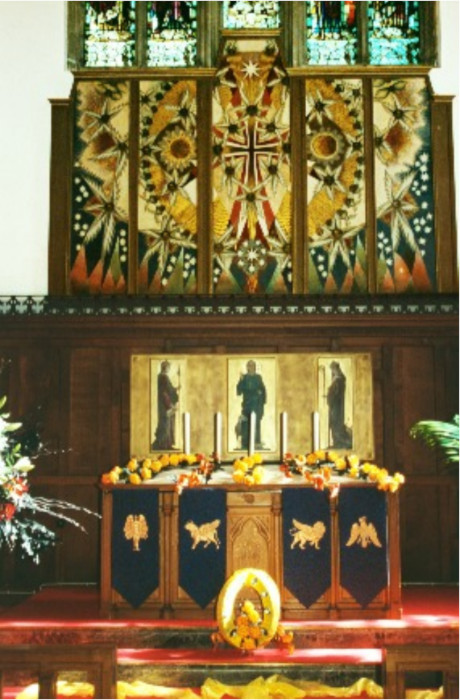 Illustrations 7, 8: A 1918 bequest from H. C. Bowles of Myddelton House enabled the present chancel to be built. It was consecrated in 1926. The reredos behind the altar depicts Jesus as the Good Shepherd, flanked by King Alfred and St Etheldreda. 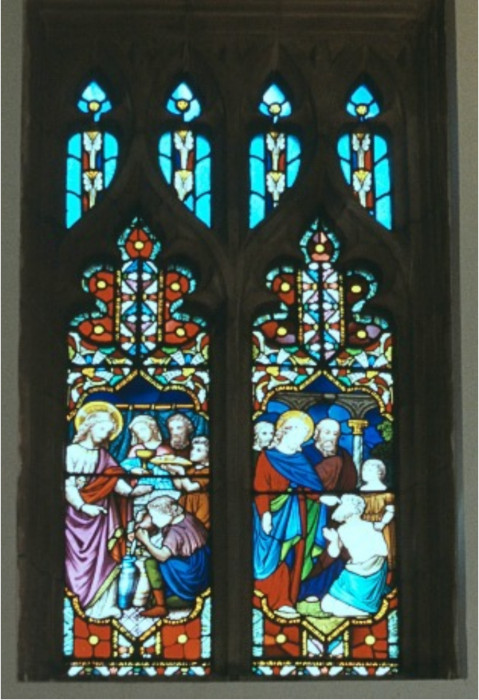 Illustration 9: The original 1866 east window, by Ward and Hughes, in memory of C. P. Meyer, was later divided and placed on the north and south walls of the new chancel. 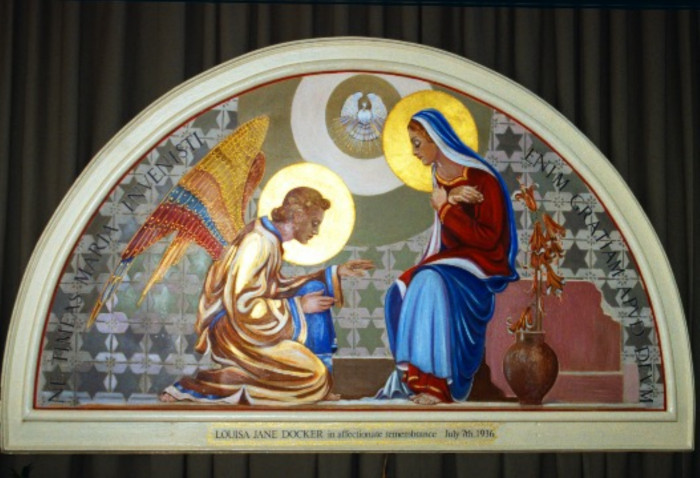 Illustration 10: This 1936 painted wooden panel depicts the annunciation by the Angel Gabriel to the Virgin Mary. 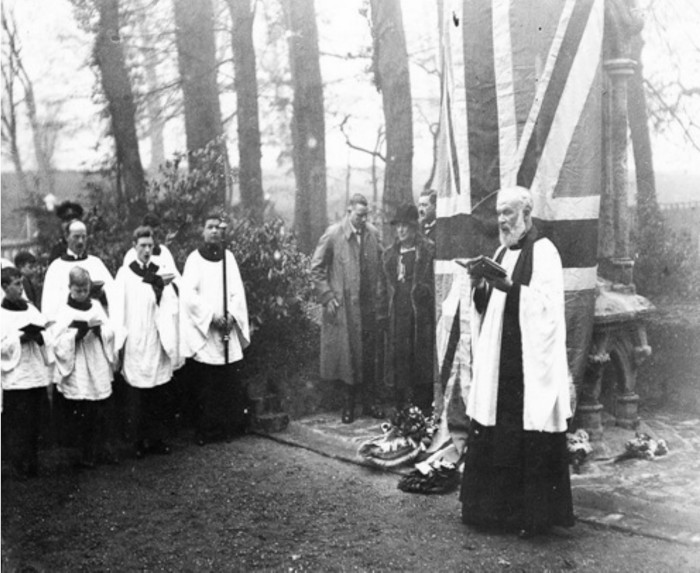 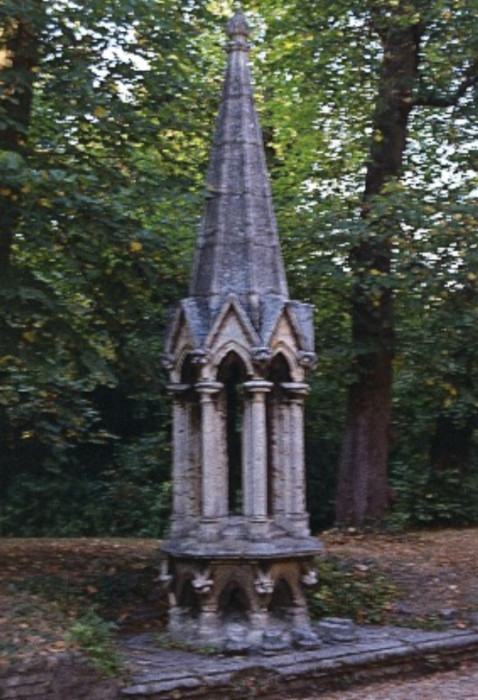 Illustrations, 11, 12: In 1913 the western roof turrets, which had become unsafe, were repaired. The eastern turrets were later reused to make the War Memorial, which was unveiled in 1929. 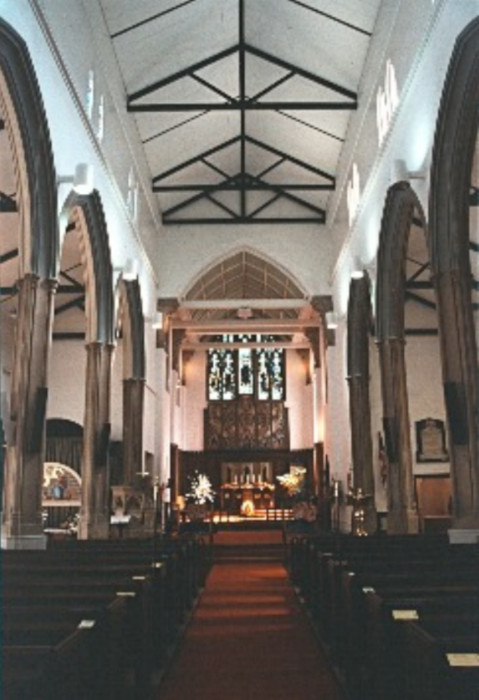 Illustration 13: Following the discovery of dry rot in the roof in 1982, the church was closed, reopening with a new nave roof in 1985. Replacement of the side aisle roofs was completed in 1995. 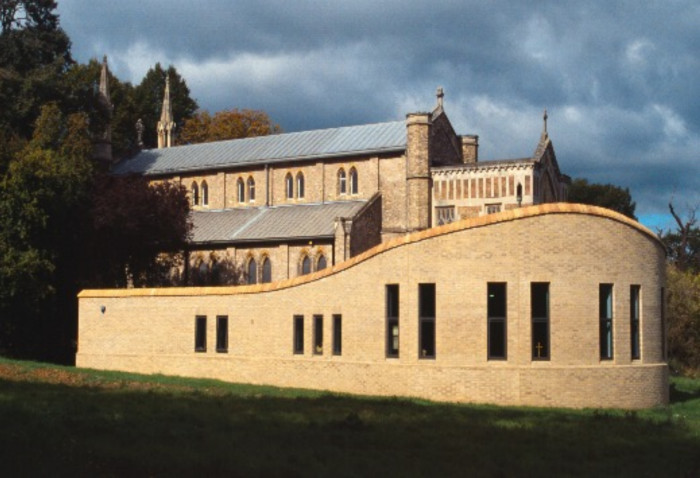 Illustration 14: The Charis Centre, incorporating meeting rooms and kitchen facilities, was dedicated in 2010. It replaced the Parish Hall, which was destroyed by fire in 2001.
Bookmark the permalink.