This article by Stephen Gilburt was published by the Enfield Society in newsletter 194, Summer 2014.

The rural hamlet of Wynsemerhull is first recorded in 1319. By the end of the 17th century the village of Winchmore Hill, spreading out from the Green, was well established. A picture of life in the later part of the 19th century can be found in Henrietta Cresswell’s Winchmore Hill: memories of a lost village, published in 1912. The book is illustrated with reproductions of drawings and watercolours by her father John, the village doctor. The originals are now in the Enfield Museum collection.

The opening of the Great Northern Railway station in 1871 and the extension of the electric tramway along Green Lanes from Manor House to the Green Dragon in 1907 led to a transformation of Winchmore Hill. Shopping parades were constructed at the Green and Broadway, as well as schools, churches and villas “of the better sort”, in the period up to the First World War. Further development of semi-detached and detached houses took place in the inter-war period. The Winchmore Hill Green conservation area was established in 1968 and extended in 1994. The neighbouring Vicars Moor Lane conservation area dates from 1970. Many of the historic buildings in the two conservation areas are listed Grade II, either individually or for their group value.

For more information on the history of the area see David Pam’s booklet Winchmore Hill, a woodland hamlet, published by the Edmonton Hundred Historical Society; a reprint of O.S. Map of Winchmore Hill village centre in 1865 with an illustrated historical account on the reverse and Peter Hodge’s The Cresswells of Winchmore Hill, a gifted Victorian family, which are both available from the Southgate District Civic Trust; Graham Dalling’s Southgate and Edmonton past; Alan Dumayne’s Fond memories of Winchmore Hill and his books on The London Borough of Enfield and The old Borough of Southgate in the series Britain in old photographs. More information on the historic buildings may be found in the well-illustrated book Treasures of Enfield and the guide to Heritage walks in the London Borough of Enfield which are both available from the Enfield Society. 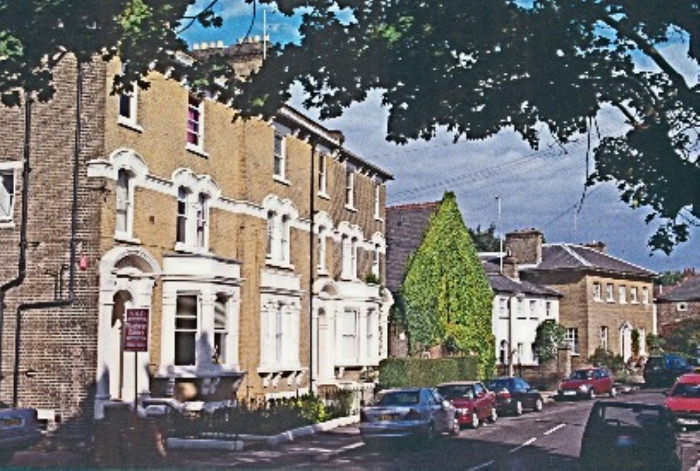 Illustration 1: The north side of Vicars Moor Lane has a variety of well-preserved 19th century houses and the former Providence Strict Baptist chapel of 1883. The poet Thomas Hood lived in the now demolished Rose Cottage in Vicars Moor Lane between 1829 and 1832. His poem Our village may have been inspired by Winchmore Hill. 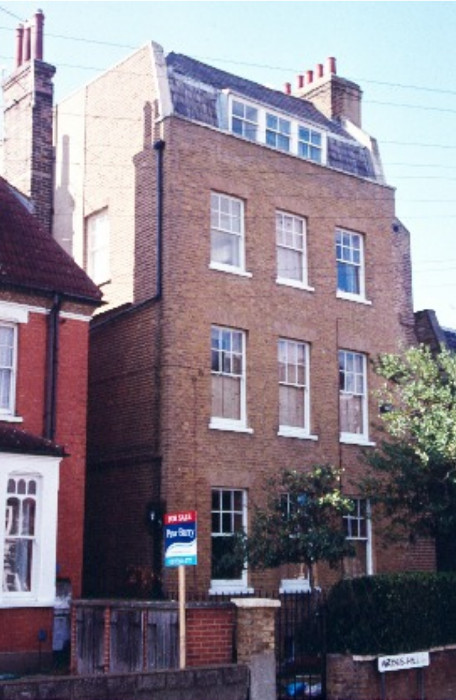 Illustration 2: The early 18th century Glenwood House in Wades Hill was originally half of a double-fronted building. It was re-faced and extended in the 19th century when it served as St Paul’s Church vicarage during the ministries of Rev. John Frost and Rev. Alfred Drought. 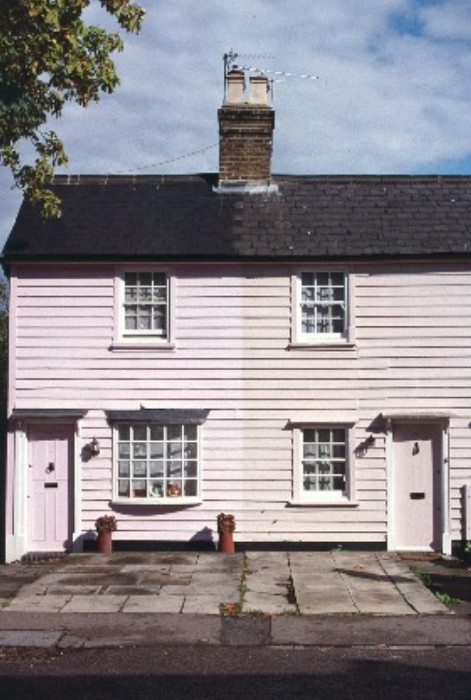 Illustration 3: These early/mid 19th century weatherboarded cottages in Wades Hill have survived largely unchanged apart from a modern bow window on the ground floor and the off-street parking areas in the former front gardens. 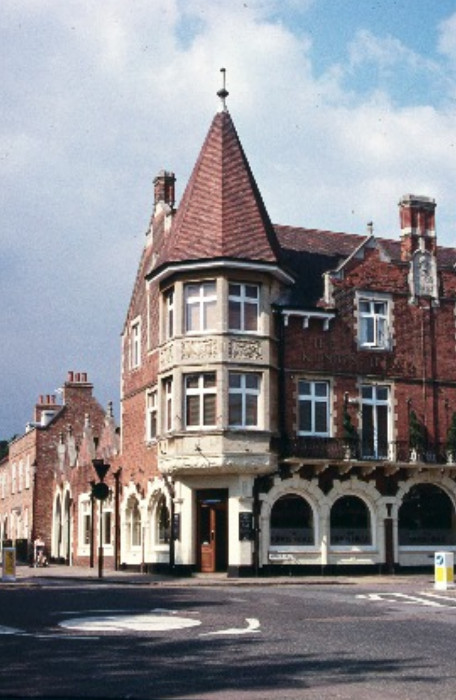 Illustration 4: The most prominent building on Winchmore Hill Green is the King’s Head of 1899 with its projecting corner turret. 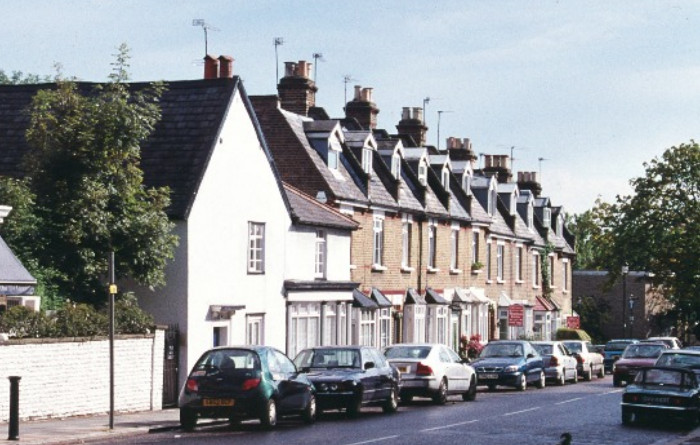 Illustration 5: The late 17th/early 18th century Old Bakery (Chalkley’s Bakery) in Hoppers Road was originally a farmhouse. An oven for baking bread and a shop front were installed about 1815. The building became an antiques shop in the 1960s, but is now a residence. To the right is the 19th century Compton Terrace. 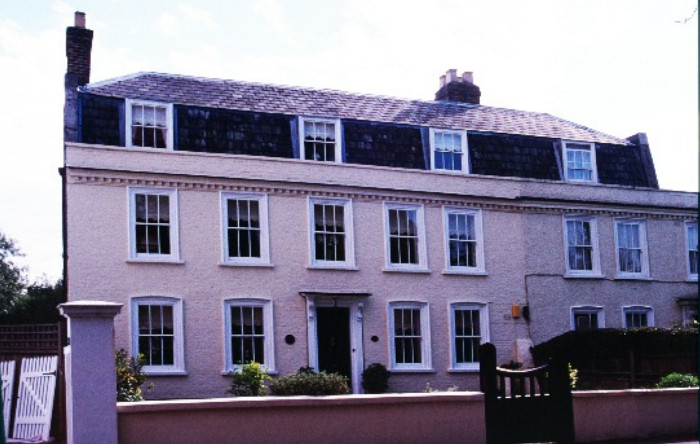 Illustration 6: The early 18th century Rowantree and Woodside Houses on Winchmore Hill Green were originally a single building. Rowantree House on the left has a white painted brick facade with an attic under a slate mansard roof. 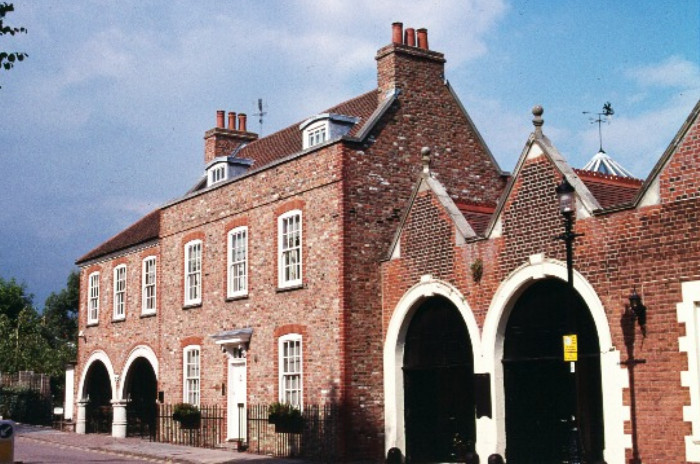 Illustration 7: The 18th century Devon House in Church Hill was largely rebuilt in replica in 1985. The twin arches of the stables on the right led to a courtyard where the village fire engine was kept. 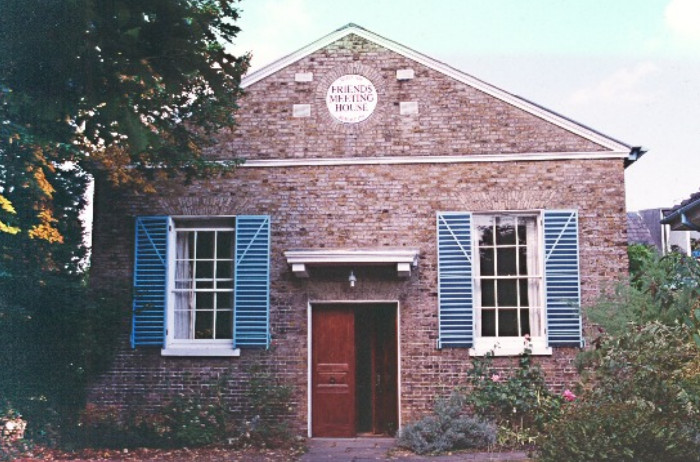 Illustration 8: The Society of Friends met in Winchmore Hill from 1662 and a meeting house was completed in 1688. The present single storey yellow brick structure in Church Hill was built in 1790. The caretaker’s cottage next door dates from 1911. Many prominent local Quakers were buried in the adjoining graveyard. 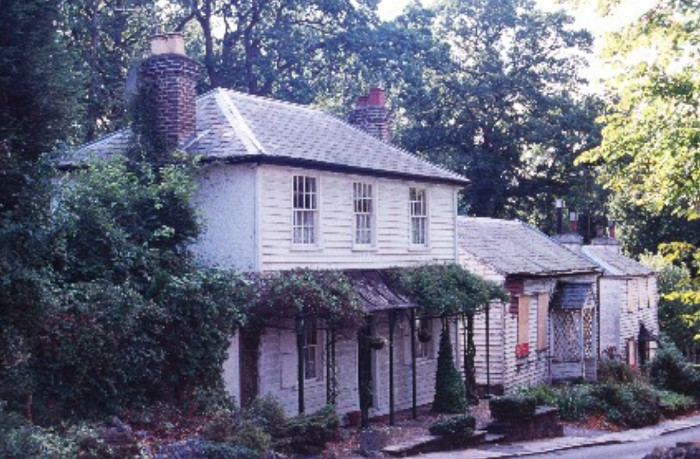 Illustration 9: The late 18th century weatherboarded Woodside Cottages in Church Hill were threatened with demolition for a road- widening scheme, before being listed for their group value. The middle cottage was the village school in the early 19th century. 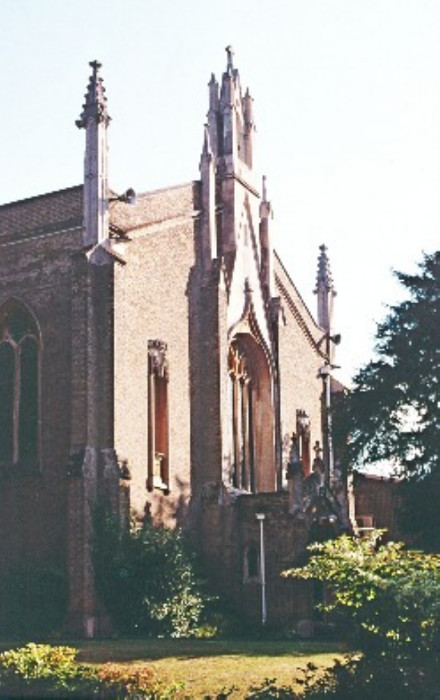 Illustration 10: The rectangular aisleless nave of St Paul’s Church in Church Hill was built of yellow stock brick in the Churchwarden Gothic style in 1828. An apsidal chancel was added in 1889. The vicarage, partly in Queen Anne revival style, dates from 1913. 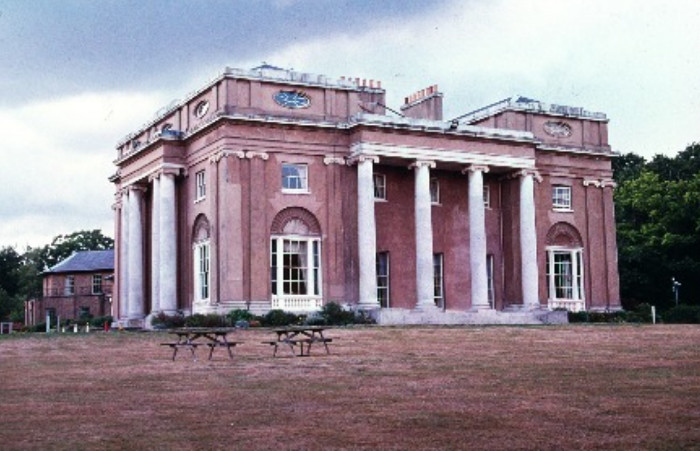 Illustration 11: Grovelands and Forty Hall are the only Grade I listed buildings in the borough. Originally known as Southgate Grove, this fine neo-classical villa with white ionic columns was built to a design by John Nash in 1797 for Walker Gray. The grounds were laid out by Humphry Repton. After use as a hospital in the First World War and later as a convalescent home, Grovelands was sold to the Priory Hospital Group in 1985.
Bookmark the permalink.