This article by Stephen Gilburt was published in the Spring 2018 newsletter. 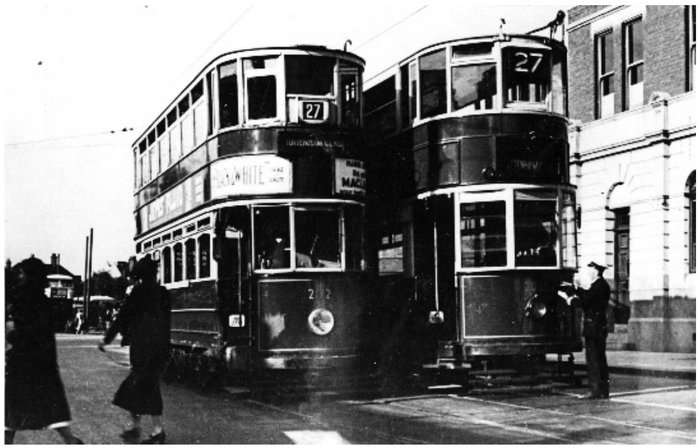 In 1905 Metropolitan Electric Tramways Ltd electrified the 1881 horse-drawn tram route north from Tottenham via Edmonton to a depot at Tramway Avenue. The route was extended from Ponders End to Freezywater in 1906 and to Waltham Cross in 1908. A branch line from Ponders End along Southbury Road to near Enfield Town station opened in 1911 but was never linked to the route along Green Lanes to Enfield Town. A power station was opened at Brimsdown in 1904 to provide electricity for the trams. This 1930s view shows trams at The Broadway, Edmonton. 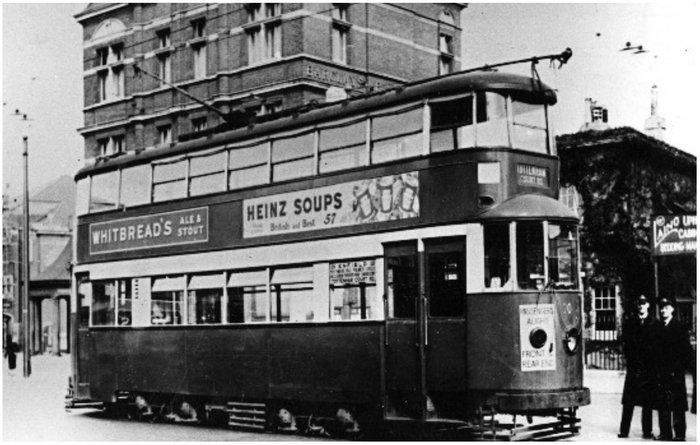 The electric tram route north from Wood Green to Winchmore Hill opened in 1907. Because the direct route over Bush Hill, passing between the New River embankment and the Clarendon Arch, was not wide enough to allow for two tram lines as well as other traffic, Ridge Avenue was constructed and parts of Village Road and Park Avenue were upgraded so that the route could be extended to Enfield Town in 1909. A Feltham tram is shown in 1935 outside Barclays Bank in Enfield Town. The routes along the Hertford Road and Green Lanes were converted to trolley bus in 1938 and then to motor bus in 1961. There were already motor buses along Southbury Road when that tram route was withdrawn in 1938.
Bookmark the permalink.