This article and photographs by Geraldine Anwar was published by The Enfield Society in newsletter 211, Autumn 2018.

The Broomfield Park Conservatory is tucked away next to the upper lake. It lies within the walled area of the park close to Broomfield House. Its appearance is Victorian with the typical brick and timber frame construction of that period and fish-scale glazing. In fact it was not built until 1934. It was built on behalf of Southgate Borough Council by Messrs W Richardson of Darlington at a cost of £912.00. Even then the Council were short of funds and took out a loan from the Ministry of Health which was repaid over 20 years. According to a report in the Palmers Green and Southgate Gazette it opened to the public in October with a wonderful display of chrysanthemums. It was, subsequently, used to bring on bedding plants which could be used in the park. Eventually, the number of gardeners was reduced and the council started to buy in plants. 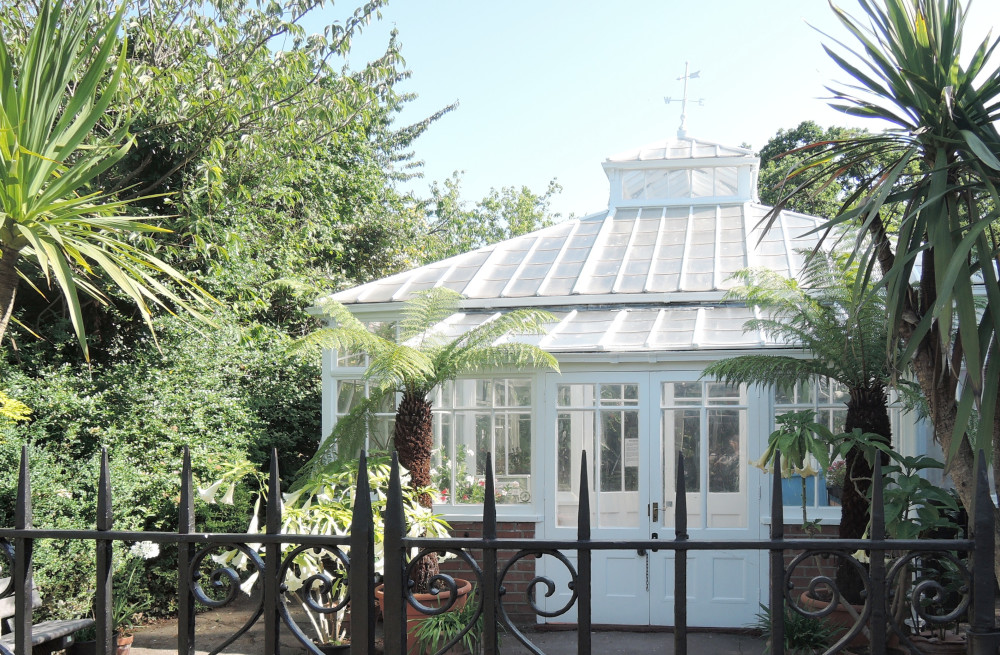 Broomfield Conservatory in Summer 2018, together with the new railings

When I first remember the conservatory in the early 1980s it was packed with exotic and ornamental plants for the visitor to admire and was open on a daily basis. Unfortunately, the conservatory fell on hard times in the late 1990s. The fabric of the building suffered and as is often the case with neglected buildings it became subject to vandalism. It was finally closed to the public, on safety grounds in August 2003. At the end of 2009 the Council commissioned a major refurbishment of the conservatory which was completed in February 2010. The glass was replaced with polycarbonate to reduce the risk of future vandalism.

The Council did not have the funds so the running of the conservatory was given over to the Friends of Broomfield Park. A group of volunteers set about making the conservatory a safe and attractive place again. There are deep rainwater collection tanks which now have an electric pump. These have been supplemented by an automatic watering system. Fans have been added to increase ventilation. The stock of interesting sub-tropical plants, such as orchids, cacti, succulents and carnivorous plants has been increased over the years. The banana plant has been reintroduced and is bearing fruit this summer. One of the plants to survive during the years of neglect was the Strelitzia and this has become the signature flower. 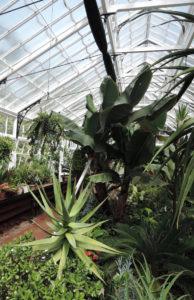 After the refurbishment the conservatory was secured behind a chain link fence. This temporary measure was still in place in 2015. It was decided to track down the railings which were originally round the toilets on the Triangle at Palmers Green. With the help of a local blacksmith they were refurbished and installed in a low brick wall. The original metal gates to the toilets were adapted to allow access. A grant from the Enfield Society made this all possible. 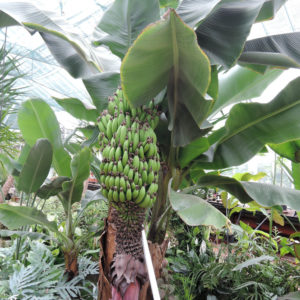 Bananas growing in the conservatory

The volunteers organise a number of events throughout the year including children’s workshops, craft events, plant information talks, musical interludes and a variety of plant sales. The conservatory is open to the public every Wednesday and Sunday afternoon.

For more information our web-site is friendsofbroomfieldpark.org or e-mail: broomfieldparkconservatory@hotmail.co.uk